Chale Guadamuz, Executive Director at The Hague Peace Projects, wrote about his journey to The Hague. The full version of the story is available on Medium.

I came to The Hague, the International City of Peace and Justice as a result of a massive national uprise against the Nicaraguan dictator Daniel Ortega, following the actions we decided to take as a nation in order to create the future we wanted.

When Daniel Ortega started to use the Nicaraguan national police to shoot down students and civilians in order to remain in power, we turned to the international community for help. However, the dictator owned everything; the hospitals, the media, the police, the armed forces, the legal system, the election system, the international connections, the narrative. Our cries for help were in vain as we watched civilians being murdered. We understood that no one was coming to help us, no matter how loud we screamed.

When the world fails to act, you need to rely on your community.

One would say that after so many dictators, Latin Americans should have learned how to get rid of them by now, but I am afraid we are still figuring that out. We pretty much suck at this at the moment.

Unwilling to accept our reality, we decided to do something about it. First as scattered groups, then as neighborhoods, and by the end of the first month, as hundreds of thousands of people peacefully marching in the streets, demanding a complete change in the system and leadership of the country.

In that period of my life, my faith in humanity was reborn. Neighborhoods improvised clinics where wounded students could be taken in, where people volunteered to take care of the injured, supply the clinics, and provide food for safe houses around the whole country where people could hide from the national police and paramilitary forces.

We realized that as a result of our poor economy and oppressive government regulations, Nicaraguans lacked any basic connection to the outside world. This was a big problem! All narratives and agreements were dictated by Nicaraguan embassies around the world, and the international community accepted this, completely ignoring the situation that was being endured by the citizens of Nicaragua.

I came to Europe as part of the mission to establish new relations with the international community and to look for help with the situation back home. My journey led me to The Hague, International City of Peace and Justice. I had taken it upon myself to establish a first contact with the International Criminal Court (ICC), in order to evaluate whether initiating a case for crimes against humanity was possible or not.
(…) 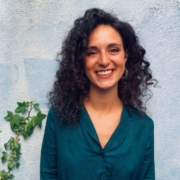 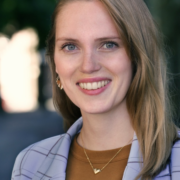 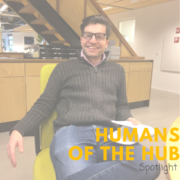 Humans of The Hub – Murray Ackman 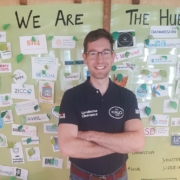 Humans of the Hub: Tim Kreuk 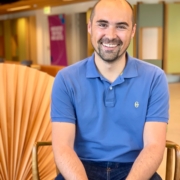 Humans of the Hub: Meet Alexander Gunkel
Scroll to top