Over several days this month, The Hague Humanity Hub member, Center for International Legal Cooperation (CILC) hosted a group of justice practitioners from the Middle East and North Africa to learn about administrating justice and legislative reform.

As part of the Shiraka training programme, funded by the Dutch Ministry of Foreign Affairs, civil servants from the MENA region have been studying how to sustain democratic transitions via judicial reform and legislations. The programme is for judges, prosecutors, legislative drafters and researchers. The 4-year running programme is now back in person after two years online because of the COVID crisis.

By bringing participants to the Hague, CILC expects to expose their colleagues from places like Iraq, Tunisia, Egypt, Libya and Lebanon to some of the ‘best practices’ being employed in in the judicial sector both in the Netherlands and in the region. The focus is wider than just court management and drafting legislations but also elements such as alternative dispute mechanisms, and study visits to places like the International Criminal Court (ICC), and the Raad van Staten and the Dutch Supreme Court.

The participants engage with peers such as the Dutch Public Prosecutions Office, and from the region, and build new connections. A special part of the training is the development of a bring home action plan. Adriana Thomson project manager at CILC points to a past example from Jordan when a judge suggested a new way of allocating cases to her court president, which when implemented increased efficiency, time of delivery of judgements, helping the process of modernising the judiciary.  “These people go on to become change leaders,” she says, bringing their insights to change management in their own systems.

Amal Zaytouni from Tunisia, a judge affiliated to the Ministry of Justice, is one of this year’s participants. She says her job is to improve how the country writes laws. “Part of my job is implementing techniques and improving laws and harmonizing national and international laws, so I needed this training to improve that”, she said. She also enjoyed thinking about how you deal with change, and how to let go of the past ways and accept the new ways of working.  CILC’s current partner in the training is the university of Utrecht. Over the next five years, the SSR Studiecentrum Rechtspleging – the Dutch training centre for the judiciary – will become CILC’s partner. 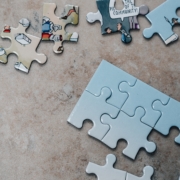 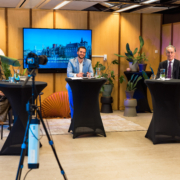 Looking back at the peace&justice café 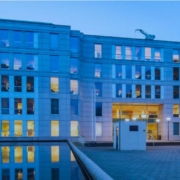 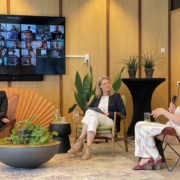 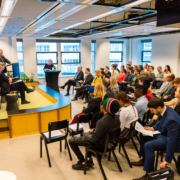 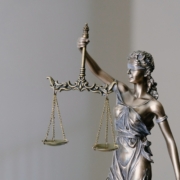 KPSRL opens application period for €20,000 funding for projects that support knowledge around Security & Rule of Law
Scroll to top