The Hague Conversations on Conflict successfully concluded four installments the previous year with a final discussion on radicalisation, extremism, and their link to violent conflict. This time Hub member organisation LINKS Europe and the Humanity Hub joined forces with the European Eye on Radicalization, which seeks to enhance knowledge and understanding of radicalisation processes and dynamics.

Save the date! Join us 30 January for the next installment – on Iran!

The event’s panel consisted of Amanda Paul, a senior analyst at the European Policy Centre and co-editor of a recent study called Guns and Glory: Criminality, Imprisonment, and Jihadist Extremism in Europe; Kamel al-Khatti, an Associate Fellow at King Faisal Center for Research and Islamic Studies; and Jonne Catshoek, the founder and director of Elva Community Engagement. Each panelist introduced their own professional perspective to the discussion.

Amanda Paul spoke on the “crime-terrorism nexus” often brought up by observers as the source of radicalisation. She noted that while it holds true in some case studies, there was a lack of concrete evidence linking organised crime and jihadist groups. Instead foreign fighters in jihadist groups matched a certain profile – socially excluded young men from poor areas, often with mental health disorder or substance abuse histories, many also had criminal or radical relatives, or had been in prison themselves, and almost all came from dysfunctional families. Although she noted limitations in the data of her research.

These were recruits from the “parallel societies” that had developed in some European cities where integration failed. Recruiters and radical preachers used the opportunities presented by the failure of integration and the weakness of authorities in dealing with negative trends. Most importantly, the Islamic State and other groups offered what many of these potential fighters saw as redemption – a “path to salvation” through jihad.

Kamel al-Khatti laid out the path that led Saudi Arabia to reasserting a religious orthodoxy. With the Iranian Revolution of 1979 and the unrelated seizure of Mecca’s Grand Mosque in the same year, the kingdom’s House of Saud responded by giving more power and influence to the state’s clergy in an attempt to hold back the ideas spread by new Islamic movements and other trends. The approach worked in Saudi Arabia, although it held back the nascent modernisation and led to the entrenchment of an orthodox form of Islam.

Finally, Jonne Catshoek shifted the discussion to West Africa, describing a disconnect between the policy areas of security and development. As a result, progress is hard to come by as one without the other provides no tangible improvements for the populations in question. One difficulty experienced in many African countries is the unhealthy relationship between security providers (for example, the military) and the local communities. A hostile and distrustful approach by the security providers leads to dangerous escalations while the populations see little relative improvement over the horrors of those who came before.

The event concluded with a productive questions and answers session with the audience. Read a full rundown of the event from the European Eye on Radicalization by clicking here and the preceding conference on counter-extremism by clicking here.

NEXT INSTALLMENT – ON IRAN

This month on 30 January we will be exploring the case study of Iran with another panel of experts at the Humanity Hub. More information to follow! Read more…

The Hague Conversations on Conflict is a series of discussions, lectures, workshops and networking events launched by LINKS Europe in association with The Hague Humanity Hub in June 2019. Its aim is to provide a forum where the changing nature of war and conflict can be analysed and assessed, together with the responses of international society. This installment was organised in collaboration with the European Eye on Radicalization. 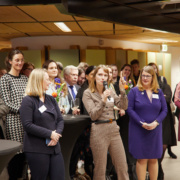 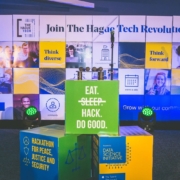 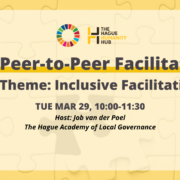 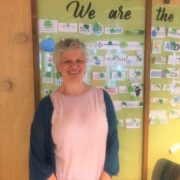 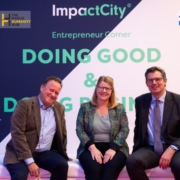 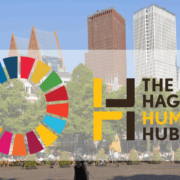 The Journey towards an SDG House
Scroll to top