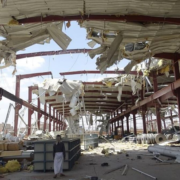 Last week the Humanity Hub hosted a group of human rights organisations seeking justice and accountability over European weapons exports to states potentially involved in war crimes. The European Center for Constitutional and Human Rights (ECCHR) organised a panel discussion with other organisations on the case study of Yemen, a country experiencing “the worst humanitarian crisis of our times,” according to United Nations. Before the event at the Hub, ECCHR and partners filed a criminal complaint to the International Criminal Court (ICC).

Update on 13 January 2020: analysis by the International Rescue Committee found that Yemen is likely to face one of the worst humanitarian catastrophes in the world in 2020, topping the organisation’s annual watchlist for the second year running.

The panel discussion held at the Humanity Hub focused on European weapons in Yemen. Arms exports to Saudi Arabia and the United Arab Emirates, leaders of a coalition involved in Yemen, have allegedly been involved in “[carrying] out scores of indiscriminate and disproportionate attacks on civilians’ homes, markets, hospitals, schools, and cultural heritage.” Despite this, arms corporations that carry out these sales deny their responsibility.

Experts condemned the corporations and governments involved in enabling the crisis in Yemen. Marina Aksenova remarked that while arms “corporations are usually not directly involved in war crimes,” they bear responsibility for supplying those that are. Robert Heinsch elaborated that the role of corporations is not limited to selling weapons, “they supply maintenance, technical support” and other logistical components that enable the use of these arms. Not to mention that they undoubtedly know the intentions of their clients in committing international crimes, which could amount to complicity.

Weapons corporations often claim that their sales occur within the confines of relevant laws. Miriam Saage-Maaß, however, does not see that as a legitimate justification.

“Exporting arms, even if authorized by export licenses, is not a neutral business transaction. The arms trade industry must consider adverse human rights and humanitarian impact of their marketed products and services. The responsibilities under the UN [Guiding Principles on Business and Human Rights] and OECD Guidelines effectively place a duty of care on corporate officials when entering into arms deals with partners involved in conflicts.”

Before the panel discussion at the Humanity Hub, a group of human rights organisations, including the ECCHR, filed a criminal complaint to the ICC. Its allegations mainly focus on nearly a dozen arms corporations based in France, the United Kingdom, Germany, Spain, and Italy. Moreover, ECCHR and partners point to the responsibility of high-ranking government officials whose support “may have been contributing to serious violations of international humanitarian law in Yemen.”

You can read the group’s press release by clicking here.

Recently, the ECCHR also organised a discussion at the Humanity Hub on the allegations of abuse and torture of Iraqi detainees by British forces. The organisation called on the ICC to open a formal investigation into the case. The Humanity Hub supports initiatives seeking accountability for most heinous crimes as part of its mission to support a community of innovators striving for a more peaceful and just world.

Listen to the stories of those on the receiving end of one of Saudi-led coalition’s airstrikes against civilian targets: 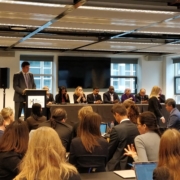 Gambia files a Genocide Case at the International Court of Justice 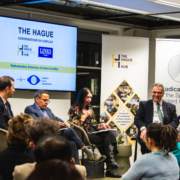 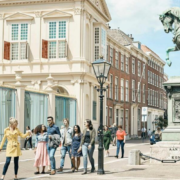 The Hague International Centre invites You to its 2020 Events 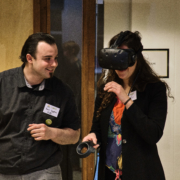 The Humanity Hub's site uses cookies to make your browsing experience better. By continuing to browse the site, you are agreeing to our use of cookies.

Because these cookies are strictly necessary to deliver the website, you cannot refuse them without impacting how our site functions. You can block or delete them by changing your browser settings and force blocking all cookies on this website.

We also use different external services like Google Webfonts, Google Maps and external Video providers. Since these providers may collect personal data like your IP address we allow you to block them here. Please be aware that this might heavily reduce the functionality and appearance of our site. Changes will take effect once you reload the page.