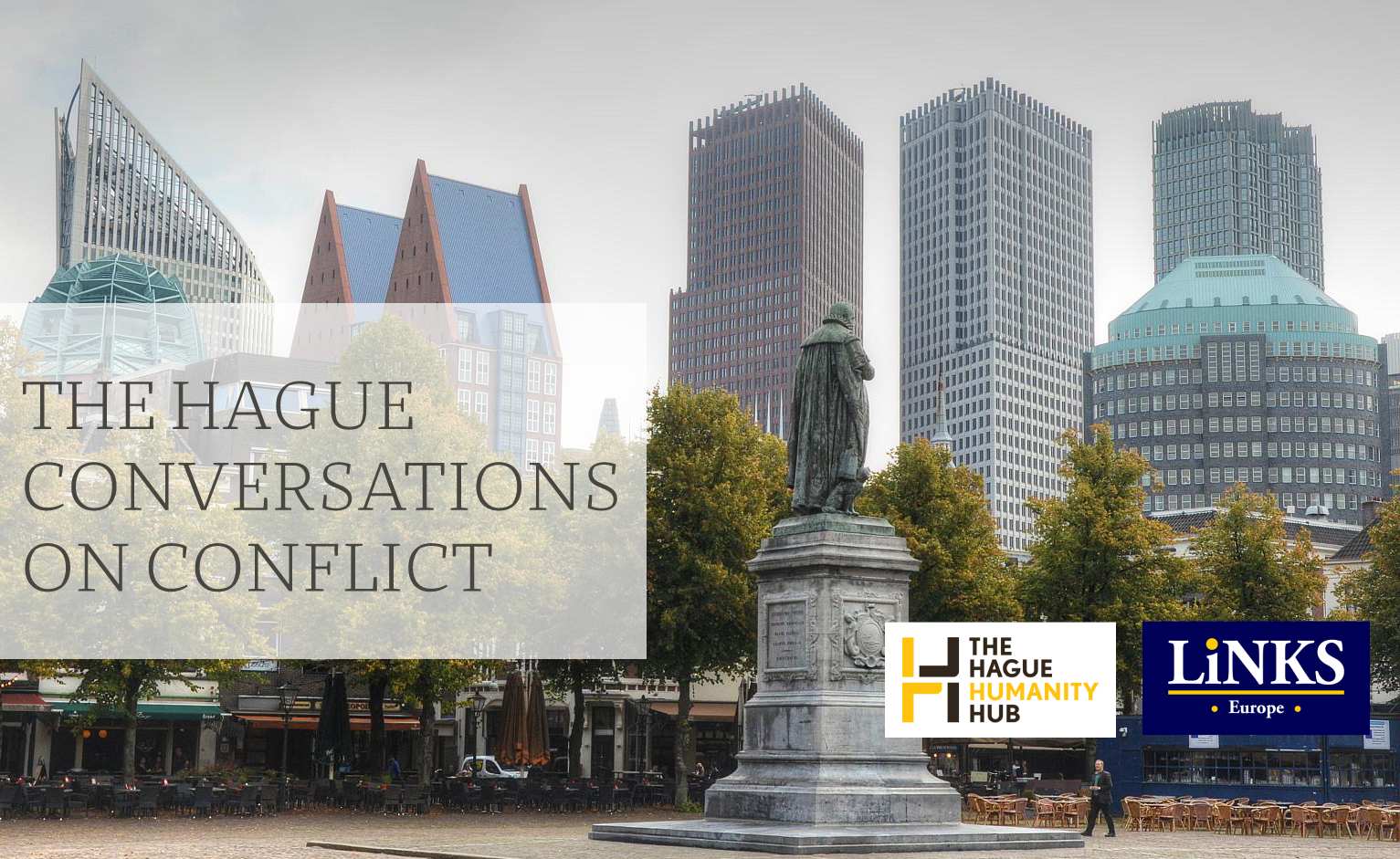 We are pleased to host the second in a new programme of events by LINKS Europe and The Hague Humanity Hub, which aims to rethink approaches to conflict prevention and resolution.

The Hague Conversations on Conflict is a series of discussions, lectures, workshops and networking events launched by LINKS Europe in association with The Hague Humanity Hub in June 2019. Their aim is to provide a forum where the changing nature of war and conflict can be analysed and assessed, together with the responses of international society.

Registration for the event is mandatory!

The Humanity Hub's site uses cookies to make your browsing experience better. By continuing to browse the site, you are agreeing to our use of cookies.

Because these cookies are strictly necessary to deliver the website, you cannot refuse them without impacting how our site functions. You can block or delete them by changing your browser settings and force blocking all cookies on this website.

We also use different external services like Google Webfonts, Google Maps and external Video providers. Since these providers may collect personal data like your IP address we allow you to block them here. Please be aware that this might heavily reduce the functionality and appearance of our site. Changes will take effect once you reload the page.